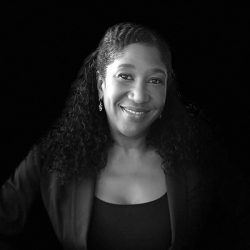 MBK Entertainment Inc. is a multi-media company established in 1996 that has adopted the Motown motto of investing time and energy into artist development and creating a family style environment that fosters creativity.

As part of the powerhouse management team for MBK Entertainment Inc for almost 20 years, Jeanine has garnered a reputation for being a hard- nosed business woman but with a nurturing spirit. Taking an artist from obscurity to fame is no small task and Jeanine is an integral part of the team that has created lightning in a bottle more than a few times. First with Alicia Keys whom she represented along with Jeff Robinson for 14 years+ and in that time Alicia has sold over 200 million records, won 14 Grammy awards, had sold out tours around the world grossing more than $900million in ticket sales and had multi million dollar endorsement deals with ProActiv, and Vitamin Water just to name a few. Elle Varner who was discovered on YouTube by Jeanine and the team was signed to MBK/RCA right after graduating from NYU and she went on to become a Grammy Award nominated artist with over 1million units sold and 3 sold out domestic tours grossing more than $3million dollars.

The most recent and by far the most gratifying artist to be developed and managed by Jeanine and the MBK Entertainment team is the artist H.E.R. who has been under the MBK umbrella in development since she was 12 years old. Now at the age of 22 H.E.R. has over 1billion streams, has garnered 10 nominations and won 2 coveted Grammy Awards, has sold out her own domestic and international tours grossing more than $20m in sales in just 3 short years. Jeanine’s other successes are the HER online series titled “Girls with Guitars” whose guests have included Melissa Etheridge, Tori Kelly, Alessia Cara, Chloe x Halle, Sheryl Crow, Willow Smith, and Orinathi just to name a few. The series has brought a platform for female guitar players to get together and talk music and jam out for the delighted fans. Each week also has a give back theme and has partnered with Amazon, Beats, YSL, Glossier, Revolve, Lyft and Fender to gift fans and give funds to various charities. Also a feather in her cap is being an integral part in creating the Lights On Festival with HER and the team bringing the idea to full fruition both creatively and securing much needed sponsor dollars to make the festival a success. Outside of corporate and entertainment business endeavors, philanthropy is a strong passion that is growing stronger every day.

During the peak COVID 19 months she visited and went food shopping for her elderly neighbors on a weekly basis, she has served on the planning committee for the NY based charity Determined to Educate which raises funds for college scholarships and social services for teen girls and is currently on the board for Bring The Noise, created by the artist HER, whose focus is bringing instruments and music programs to students in impoverished school districts. The role of mentor rounds out Jeanine’s aura and she has given tutelage to numerous young men and women from all backgrounds allowing them the opportunity to shadow her in the office or on tour and get first hand knowledge of the entertainment industry and most recently she has joined on a s mentor for She Is The Music Foundation that was created by Alicia Keys, Jody Gerson and other high profile female music execs.